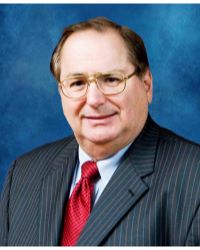 Jon "Jack" Kelley, CCIM, is the director of Economic Development for Prime Companies, a marketing and real estate development company located in Albany, NY. He is a CCIM (Certified Commercial Investment Member) – a recognized expert in the commercial and investment real estate industry. He is also a member of the International Council of Shopping Centers. Mr. Kelley has been involved in government and economic development for 40 years, serving 13 years as senior vice president of the Saratoga Economic Development Corporation (SEDC). In this capacity at SEDC, he was the project manager for the award winning Luther Forest Technology Campus (LFTC) – a 1,350-acre site developed specifically for the nanotechnology manufacturing industry. He led the international marketing and site selection effort that resulted in Advanced Micro Devices (GlobalFoundries) selecting LFTC as the location of a $12.0 billion manufacturing facility – New York States largest economic development project. While at SEDC, Mr. Kelley developed a nationally recognized marketing strategy that resulted in the creation of over 12,000 new jobs in Upstate New York since 1995. He was responsible for putting the team together that resulted in the decision by ACE Hardware and the Target Corporation to build large, regional distribution centers in Saratoga County. Mr. Kelley spent 12 years with the Niagara Mohawk Corporation in the utility's Albany Public Relations Department. He is a former New York State Capitol reporter for WOR Radio and he was a news announcer for WPTR Radio in Albany. He did extensive spot reporting for ABC Radio Network and he was a special correspondent for the New York Daily News. Mr. Kelley was a councilman for the Town of Corinth, Saratoga County, for nine years, chairman of that community's planning board for three years and chairman of the Town of Corinth Industrial Development Agency for eight years. He has a B.A. in Political Science and a M.S. in Public Administration from Russell Sage College. Mr. Kelley is a New York State Licensed Real Estate Associate Broker and is a licensed real estate broker in Massachusetts. He is president-elect of the Upstate New York CCIM Chapter and on the board of the Capital Region Chapter of the New York State Commercial Association of Realtors®. He holds a private pilot's license and is an amateur radio operator (KA2WEE).