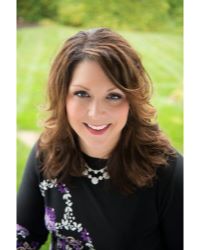 A Native of Albany, New York, Catherine Hedgeman is a magna cum laude graduate of Union College where she earned a Bachelor of Arts degree in Political Science with Department Honors in 1996. After college Catherine pursued a career in government relations on Capitol Hill in Washington DC, when she decided to return to her hometown to attend law school. Catherine received a Juris Doctorate degree from Albany Law School in 2000 where she was an associate editor of The Albany Law Review and was awarded the Dominick Gabrielli award for excellence in Appellate Moot Court. After graduation, Catherine practiced in several of New York’s prestigious law firms as an associate and lobbyist. She is admitted to practice before the courts in the State of New York, U.S. District Courts, Northern District of New York and Southern District of New York. Ms. Hedgeman is also admitted to practice before the District of Columbia Court of Appeals, the U.S District Court, District of Columbia, and the United States Supreme Court. She is a member of the New York State Bar Association, the District of Columbia Bar Association, and the Capital District Women’s Bar Association. Ms Hedgeman is the recipient of the 2002 Gabrielli Memorial Award for commitment, dedication, support and volunteerism to the Moot Court Program at Albany Law School, and has presented past lectures including Marketing 101 for Young Lawyers, New York State Bar Association Annual Meeting, January 2003, Marketing for Young Lawyers, New York State Bar Association Women on the Move Seminar, Albany, New York 2004, and The SEQRA (State Environmental Quality Review Act) Process, Lorman Seminar in 2005. In 2004, Ms. Hedgeman founded GenNEXT, a business council of the Albany-Colonie Chamber of Commerce for business professional ages 23-40. As chair of the council, she focused on preventing the Capital Region’s “brain drain” and on providing meaningful networking and business opportunities for young professionals. In January of 2007, Ms. Hedgeman started her own law firm, the Law Firm of Catherine M. Hedgeman which is located in Albany. She specializes in Real Estate, Land Use/Development & Zoning, Commercial Litigation and transactions, Labor and Employment, Nonprofit Law, Corporate Law and Government Relations. In September of 2007 Ms. Hedgeman founded The Stakeholders. The Mission of The Stakeholders is to empower people to stake their claim in the future of their community through volunteerism. The Stakeholders is a regional volunteer center for eight counties in New York’s Capital Region. In 2008, Ms. Hedgeman was appointed to the New York State Young Leaders congress by the Spitzer administration to advise the administration on economic development issues pertaining to the attraction and retention of young people in New York, and how to build sustainable communities. Ms. Hedgeman was also featured in the March 2008 edition of Success Magazine, and is also the recipient of the 2008 Woman of Distinction Award: Junior Trailblazer from the Girl Scouts of Northeastern New York, the 2005 Capital District Business Review 40 Under 40 Award and the 2005 Albany-Colonie Regional Chamber of Commerce Women of Excellence Award for the Emerging Professional. In November of 2008, Ms. Hedgeman appeared in O Magazine as one of 80 Women who received a Women’s Leadership Award for her work on economic development issues, philanthropy and volunteerism, from the White House Project and O Magazine, The Oprah Magazine. In August 2010, Ms. Hedgeman was appointed to the New York State Commission on National and Community Service by Governor Patterson. Over the past ten years, Catherine has served on a number of civic and nonprofit board of directors including, the Downtown Albany Business Improvement District Public Relations Committee, the Albany-Colonie Regional Chamber of Commerce, the Center For Economic Growth, the Community Foundation for the Greater Capital Region, and the Tech Valley Civic Forum, which involved stakeholders from all sectors – business, government, nonprofit, education, in creating the vision for Tech Valley. As a member of the forum, Catherine assisted in creating a Community Progress Report with key indicators of the quality of life and community well-being in the Capital Region. The Report focused on the human side of economic development and included indicators reflecting key social, environmental and economic factors affecting the community’s well-being and long term sustainability.