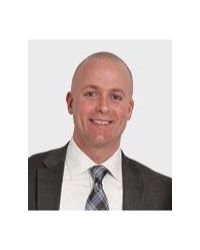 Todd Curley has been in the real estate business since 1997. In 2005 he joined Prime Companies, being named as a Partner in the Development Company, and Manager of Coldwell Banker Commercial Prime Properties. At the age of only 29, he was one of the youngest CBC Managers in the country, and since then his company has been awarded the prestigious “Top Office in New York State” four of the years and was named a Partner in the company in 2009. As a real estate agent, Mr. Curley he has been involved in over $150,000,000 in real estate acquisitions and dispositions, and has been recognized as the Top Agent in New York State and in the top 5% percent of Coldwell Banker Commercial agents globally as well as several other local awards and recognitions. Mr. Curley has also had a role in a full range of real estate development duties with his involvement in developing over 40 projects with a total completed value in excess of $300,000,000 including Wal-Mart, The Home Depot, Lowe’s and Target. Tasks including site selections and acquisitions, contract and lease negotiations, governmental zoning and planning approvals, permitting, general construction, construction management; coordination of all supervisory personnel including engineers, architects, attorneys, project managers and superintendents; and working with banks and other lending institutions on financing projects. Mr. Curley has also been responsible for a full range of property management and leasing duties that includes over 150 commercial tenants, and 2,000,000 square feet of office, retail and industrial space as well as over 1,000 residential apartments. Prior to joining Coldwell Banker Commercial and Prime Companies, Mr. Curley worked for highly regarded real estate development companies Columbia Development Companies and Nigro Companies.